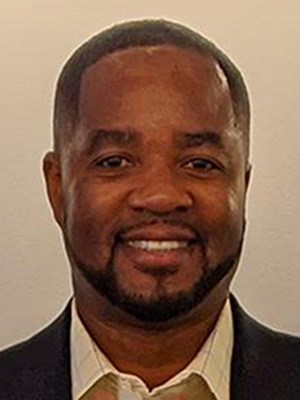 Neil Johnson is the first director of esports for Events DC, the official convention and sports authority for the District of Columbia. In this role, he leads esports business development efforts and helps to establish Events DC at the forefront of the fast-growing sector of competitive video-gaming.

Events DC owns and/or operates some of the national capital’s most iconic venues, including the Walter E. Washington Convention Center, the Robert F. Kennedy Memorial Stadium & Campus, the non-military functions of the DC Armory, the historic Carnegie Library at Mt.

Vernon Square and the Gateway DC events pavilion in the city’s Congress Heights neighborhood. The organization also built and serves as landlord for Nationals Park, the first LEED-certified major professional sports stadium in the United States and home of the current World Series Champion, Washington Nationals.

Prior to working for Events DC, Neil held leadership positions at the Tropicana Las Vegas, the Los Angeles Tourism & Convention Board where he was instrumental in developing key stakeholder relationships with regional and industry organizations to promote awareness for the LA Tourism. Most recently Neil represented MGM Resorts International in Las Vegas as an industry thought-leader at conventions and conferences where he was responsible for managing and developing industry relationships with key players like Activision Blizzard, Twitch, ESL, Dreamhack, NBA2K, US Army Esports, Drone Racing League, Fraternity Executives Association and the National Panhellenic Conference.

A resident of Washington, DC, Neil received a Bachelor of Sciences Degree in Business Administration from the University of Oregon in Eugene, Oregon. Neil is a recipient of the Connect 2018 GameChanger Award and serves or has served as a board member for the XLive Esports Summit Customer Advisory Board and the Esports Business Summit Advisory Board.